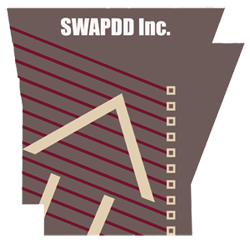 The Southwest Arkansas Planning & Development District (SWAPDD) serves 12 contiguous counties and 64 municipalities located in the southwest corner of the state.  The District is positioned at the juxtaposition of Louisiana to the south and Texas to the southwest and is often described as the “ArkLaTex” region.  The District serves a population of more than 241,000 residents and includes five municipalities with a population of 10,000 or more.  SWAPDD is the birthplace of President William Jefferson Clinton.

This area has a strong, diverse economic base.  Abundant natural resources play an important role in its economy.  SWAPDD covers 8,148 square miles with 6,211 square miles of forested land and 133 acres of surface water.  The timber industry harvests 456.7 million board feet of timber products and 63.9 million cubic feet of pulp wood products from this region annually.  Recreational hunting and fishing generated $1.6 billion in economic activity in 2012, and these activities are a major attraction in the Southwest district.  A 1,100 pound, 12’9” alligator, the state record for Arkansas, was captured in this District in 2013.

Along with the petroleum and natural gas resources that would be expected in the “ArkLaTex,” this District also produces bromine from bromide-rich brine wells.  Two Southwest counties (Columbia and Union) account for 40% of global bromine production.